The Chinese refer to 2013 as the “Year of the Snake,” but for me it will forever be my Year of the Minotaur.

It seems that whenever something finally blips its way onto my personal radar screen of awareness, it then reappears so frequently that I start to wonder just how stunted my powers of observation actually might be. I remember learning the word “segue” as a teen and then being amazed that I subsequently seemed to hear or read it everywhere.

Such was the case in 2013 with the Minotaur. Of course I knew of him before then, but only in that sort of peripheral way in which things unimportant to me tend to reside. And suddenly he was, well, everywhere I turned.

My first encounter with the bull-headed old boy came via a wonderful novel, “The Minotaur Takes a Cigarette Break.” It seems the Minotaur has taken a job working in the kitchen of a North Carolina diner and lives in a trailer park. How can you resist a premise like that? I certainly couldn’t.

Surely I was more highly attuned to the Minotaur than the average bear while reading the book, I’ll admit, but spying this print in a dusty box of vintage items seemed too good to be true. I had to have it. 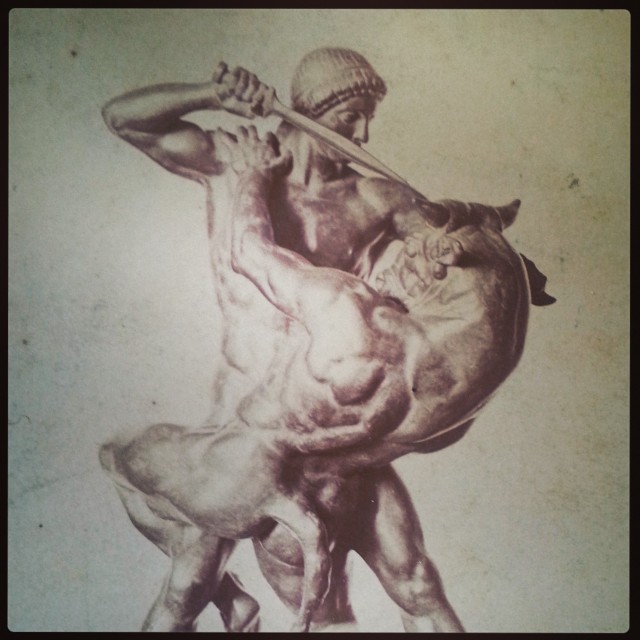 And there were other minotaur-ish encounters culminating in this sighting on a Richmond street: We do love our street art in Richmond, VA

Which brings me to 2014 and the supposed “Year of the Horse.”

Prior to hearing a radio interview with ukulele virtuoso Jake Shimabukuro, my impressions of the instrument didn’t extend beyond Don Ho and “Tiny Bubbles.”  I almost…..almost….changed the station that day, but it quickly turned into one of those engrossing interviews which require me to sit in the driveway for several minutes after reaching home in order not to miss a single word (or musical note.)

Only days later, my lovely Australian blogging friend, Master of Something Yet, posted her own musical composition accompanied by her skillful ukulele playing. Hmmm, I thought, how coincidental. The radar blipped.

THEN my beautiful sister-in-law, Christine (if I may toot her horn, she is also a Commander in the United States Air Force and a lawyer and an amazing mother to four good kids) came for a visit and announced that not only has she joined an ice hockey team, but she has taken up…..you guessed it….the ukulele. Blip, blip, BLIP. 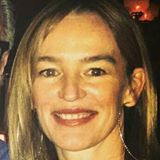 Is this not the most gorgeous Air Force Commander in existence? YES!

A few days later, I turned the page in the Richmond Times-Dispatch only to read a feature story announcing an adult music class being offered for those interested in ukulele.

All these blips should have prepared me for the inevitable.

Yes, Virginia, there is a UKEFEST. 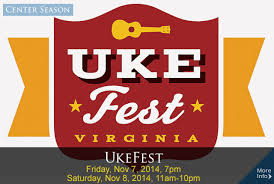 I give up. Year of the Ukulele, it is!

Life in a 1915 farmhouse in Central Virginia. And the odd thought or two.
View all posts by Silver in the Barn →
This entry was posted in Art, Humor, Music, Random Ruminations and tagged chinese zodiac, jake shimabukuro, Richmond, street art, The Minotaur, ukulele. Bookmark the permalink.