Following up on a few recent posts from 2014

Remember that turtle rescue expedition that BH flew for Pilots N Paws? The one I couldn’t go on because the entire plane was jam-packed with Chiquita banana boxes filled with endangered turtles? Well, the good news is that all the turtles have now been flown to warmer climes, some even by the Coast Guard.

On New Year’s Day, we replaced the banana boxes with dog crates and finally had our first opportunity to work with creatures with actual paws.

BH flew two brindle lab puppies from South Carolina up to Richmond. Seriously, whoever manages the logistics of this “Pilots N Paws” organization ought to be hired by the Federal government. It runs like a well-oiled machine in which we are just one tiny cog. When we landed in Richmond, the pilot handling the second leg of the journey was waiting on the tarmac for us. We took a few pictures, loaded the pups into his plane, and he was in the air in no time bringing them to their final destination in Frederick, Maryland. 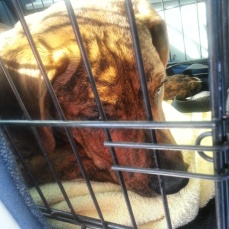 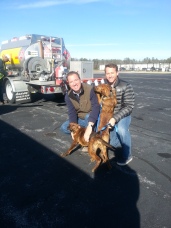 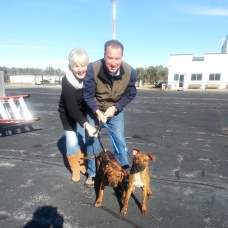 Speaking of Maryland. Do you remember I found some mysterious personal items in old furniture we bought for our guest room? 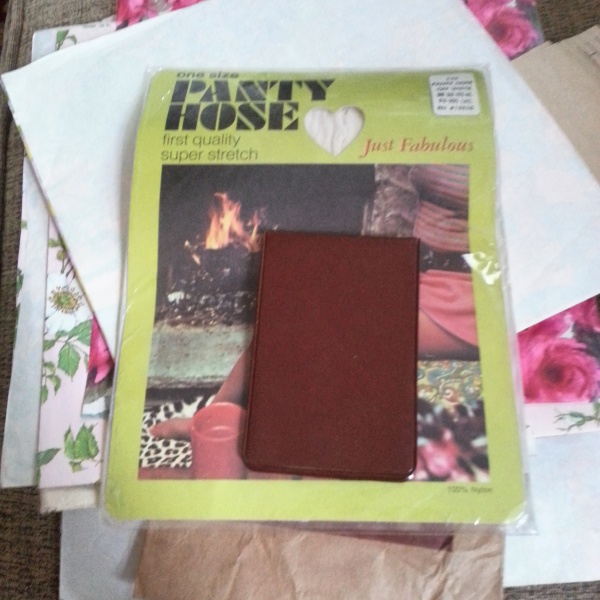 And in the comment thread of that post,  my friend, Jim, at Road to Parnassus included a link to the obituary of Mrs. Harold Diehl, Sr. in which was mentioned the name of a son living in Maryland.

I wrote to the son. He replied via email the next day! Can you imagine? Yes, indeed, he would very much like to receive those items. A most gracious man, he sent me photos of his family including this lovely image of the young Mr. and Mrs. Harold Diehl and their children. Wasn’t she beautiful? And I was right, she was a brunette!

Mrs. Diehl’s first name was Dorothy. She was a teacher most of her life, later going into school administration. That ended with a bad fall in which she broke her hip.

Harold, Jr. also sent me this photo of his parents’ furniture along the wall of the auction house. The bed isn’t shown. The little nightstand atop the vanity and the two bureaus next to it are now mine. He estimates his parents bought the furniture new in 1940. 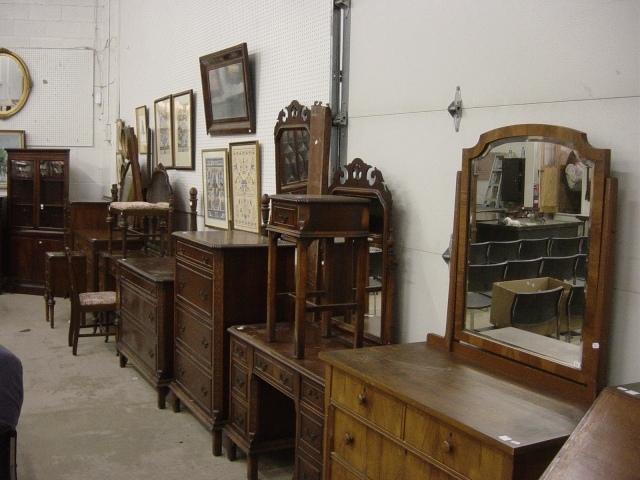 And here it is in my little guest room: 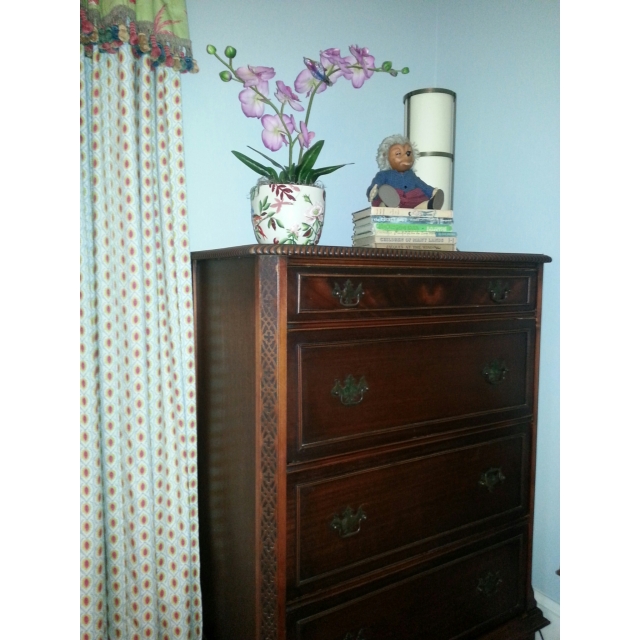 A huge thank you to Jim for giving me the lead to tracking down Harold, Jr. which resulted in a much clearer understanding of my old furniture’s history.

Last but not least, a follow-up to my ukulele post of last year. A few days after writing that post, I received a note in the mail from my aunt in Minnesota. She enclosed a photo of me as a child which I had never seen before. I had evidently traveled with her and my grandmother to visit family in Indiana in the summer of 1961. I was four here. 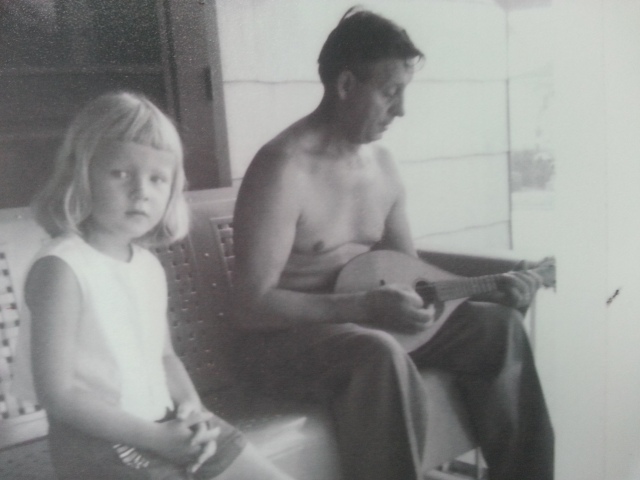 Those of us who were born and raised before digital photography have a very limited amount of photos of ourselves and I’ve seen all of mine a hundred times. So to have one I’ve never seen before was really cool. But the real reason I’m posting it is the man behind me….evidently a distant in-law. For one heart-stopping moment, I thought he was playing a ukulele.

But I think it’s a mandolin. Close enough, right?

Life in a 1915 farmhouse in Central Virginia. And the odd thought or two.
View all posts by Silver in the Barn →
This entry was posted in History, Random Ruminations, Travel and tagged animal rescue, aviation, Minnesota, pilot, Pilots N Paws, ukulele. Bookmark the permalink.

120 Responses to Tying Up Loose Ends