“When Books Went to War”

I read literature because I find traces of my private self within its pages. All my qualities -admirable and abundantly less so – are there, and in recognizing them I feel a lovely sense of relief that I’m not entirely an odd duck. But we read for more than mere self-recognition, don’t we? We read because sometimes books can change the course of one’s life. 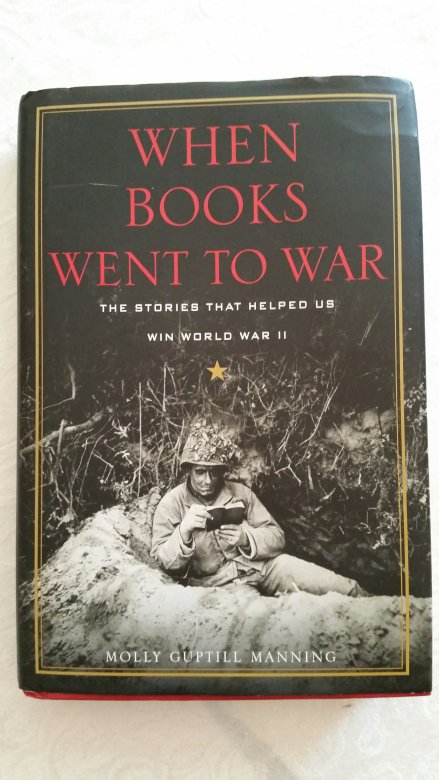 It’s World War II and a young US Marine is in hospital recovering from malaria…..and the trauma of battle. He writes to Betty Smith, author of “A Tree Grows In Brooklyn.”

“I am 20 years old but feel twice that age. I went through hell in two years of combat overseas. I just wanted you to understand that despite my youth I have seen a little bit of suffering. Ever since the first time I struggled through knee deep mud….carrying a stretcher from which my buddy’s life dripped away in precious blood and I was powerless to help him, I have felt hard and cynical against this world and have felt sure I was no longer capable of loving anything or anybody.” He went through the war with a “dead heart….and dulled mind.” But then he began to read. “I can’t explain the emotional reaction that took place, I only know that it happened and that this heart of mine turned over and became alive again….I’ll never be able to explain to you the gratitude and love that fill my heart in appreciation of what your book means to me. It brought laughter and tears. Although it was unusual for a supposedly battle-hardened marine to do such an effeminate thing as weep over a piece of fiction….I’m not ashamed. I don’t think I would have been able to sleep this night unless I bared my heart to the person who caused it to live again.”

Read “When Books Went to War” if interested in the fascinating, uplifting story of the Armed Services Editions. Put it this way: while Germany burned books, the US went to incredible lengths to provide military forces with literature. And romance novels – hello “Forever Amber!” They read in foxholes, bunkers, and submarines. And, as noted above, in hospitals.

Life in a 1915 farmhouse in Central Virginia. And the odd thought or two.
View all posts by Silver in the Barn →
This entry was posted in Books, History and tagged #worldwartwo #literature #atreegrowsinbrooklyn #bettysmith #mollyguptillmanning #readingmatters #literaturematters #whenbookswenttowar #armedservicesedition. Bookmark the permalink.

46 Responses to “When Books Went to War”