What an adventure we had this weekend!

Well, to be honest, I had nothing to do with it, but not for lack of trying. It seems I’ve been displaced as my husband’s co-pilot by a stack of turtles. In Chiquita banana boxes.

One of the many hindrances to successful animal rescue is getting them from Point A to B. There may well be a rescue organization in Massachusetts able to take in a dog from Florida but for the transport.

Enter “Pilots N Paws” and my favorite pilot who has recently joined this very cool organization.

Every day the word goes out to the pilot community from Pilots N Paws requesting help getting rescued animals from here to there. And if it’s possible, pilots sign up for a leg of the trip. So far Beloved Husband has not been able to coordinate helping out with a dog transfer, but he spent all day Saturday in the air doing his bit for another transfer…of the endangered species kind!

Turns out there is a bit of a crisis going on in Massachusetts right now. Unusually strong winds and a drop in water temperature have caused several kinds of endangered sea turtles to be stranded along Cape Cod beaches. No way can they survive a New England winter.

NOAA contacted Pilots N Paws for help getting the turtles down to warmer waters.

BH got an e-mail on Wednesday asking if he could help out in the transfer. But it’s not as easy a task as it seems. You see, the turtles cannot get cold. Period. The transfer from the New England Aquarium to the heated van to the heated plane has to happen quickly. Or else. 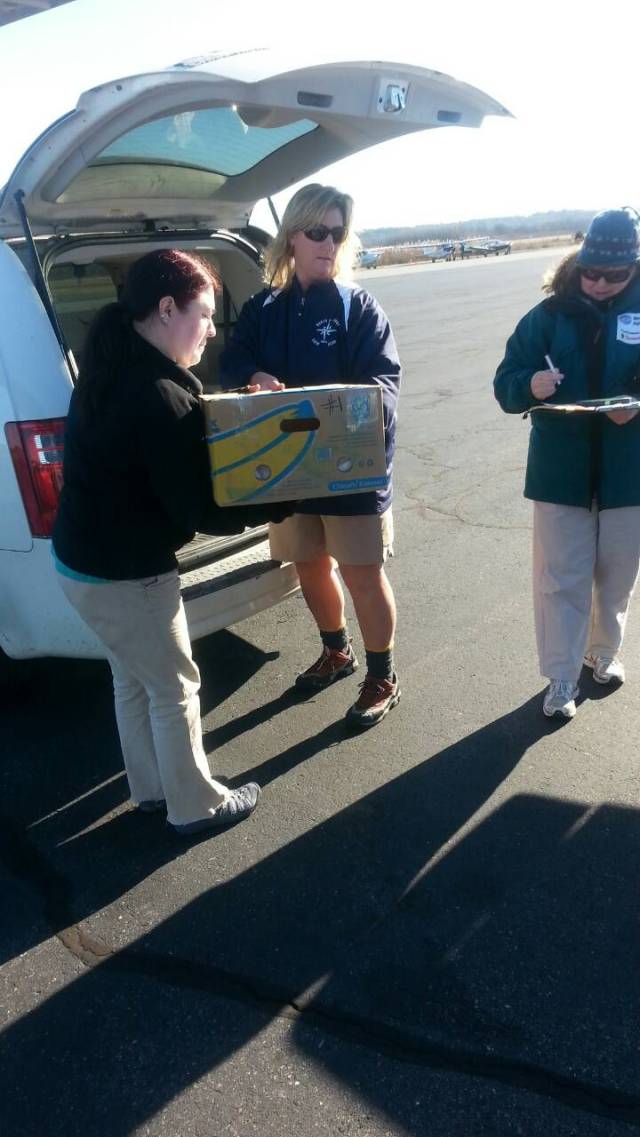 They loaded fourteen critically endangered Kemp’s Ridley turtles and two giant loggerheads into the little Cessna. BH had already taken out the passenger seat (which is why Yours Truly was not on board) to maximize capacity.

Each turtle was numbered.

The loggerheads were so big that while aloft BH could feel them flopping about in their containers. Turtle Turbulence! I was curious about smell. BH reported that there was only the slightest aroma of ocean water.

Hurry up! Close the doors and get the heat on!

I spent the day decorating my mantels for Christmas and anxiously watching BH’s flight via FlightAware. 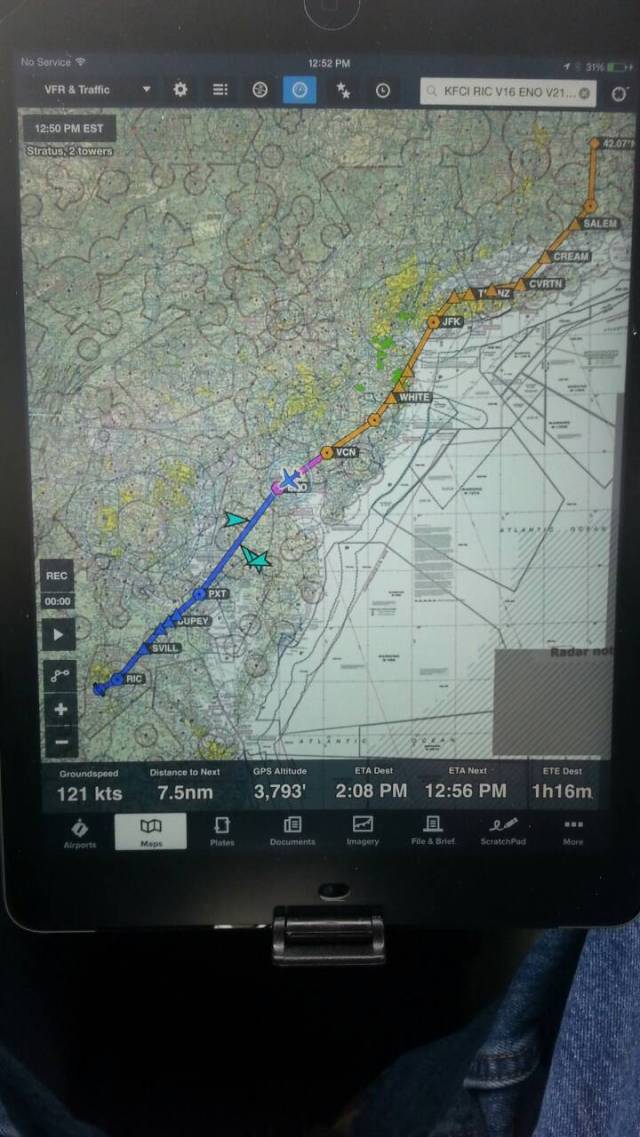 And once BH landed back in Richmond, the pilot who volunteered to take the southern leg of the trip down to Jekyll Island, Georgia had to be on the runway ready and waiting for the transfer with a preheated plane. Or else.

Unloading for the south-bound leg of the journey, BH (far left) happy to be home.

And miraculously, that’s exactly what happened!

The turtles flew coach to Virginia but once they got on the southbound leg of the journey, the accommodations were First Class with a faster, roomier plane complete with blankets to keep them snuggly warm.

Last word on Saturday evening from Eric, the southbound pilot, via e-mail:

“We’ve landed the sauna-plane. Everybody having a nice warm bath! Well, the turtles anyway.”

How fabulous is that???

The world of P.G. Wodehouse

buenisimowithdb
The Dangerously Truthful Diary of a Sicilian Housewife

An English woman in Sicily handling parenthood, corruption and a Sicilian mother-in-law, all at once

The Task at Hand